The following preview was written by Chris Charlton, author of Lion’s Pride: The Turbulent History of New Japan Pro Wrestling. This will be my second Wrestle Kingdom, but I’m a very lazy wrestling fan. I drift in and out of wrestling fandom (usually depending on how well the Bulls are playing), so I asked Chris to catch my up on this year’s events to get me hyped up for the 2015 dome show. Needless to say, I’m now sufficiently hyped. Chris is an alright bloke. Follow him on Twitter:

If you’re not subscribed to New Japan World (are “NINE NINETY NINE” jokes still funny?), it’s 999yen - roughly $10 depending on currency stuff. Possibly less, since it’s expensive as all bollocks for me to buy computer games at the moment. Now is the perfect time to hop on board, even if it’s just for one month. You can catch up on the year’s best matches (below), and watch the Dome show in English.

The junior tag division has never been stronger when it comes to roster depth, but retains the same level of significance when it comes to booking, meaning this has the show opening high flying spot. All four teams will put on an athletic, smooth display, but watch RPG Vice vs. arguable tag team of 2015 ReDragon: http://njpwworld.com/p/s_series_00353_3_07

Or Young Bucks against the world’s best high fliers in ‘Reborn’ Sydal née Evan Bourne before he got into psychotropics née Sydal again and Ricochet: http://njpwworld.com/p/s_series_00353_3_07 and you’ll wish Teddy Long had a stint in Japan to book a straight up tag team match.

This is the standard second match comedy fare, built around a pair of guys in Yano and Fale who very quietly had decent years in 2015. Fale, limited at the best of times, was carried to a rousing performance by Okada in the spring: http://njpwworld.com/p/o_original_0015_7

While Yano spent most of the year joined at the hip with a working hurt Tanahashi, who it’s kind of hard to do badly with: http://njpwworld.com/p/s_series_00330_1_07

As for the partners, Yano has a track record of making calls down to NOAH in these situations, but GHC champion elect Naomichi Marufuji making his second guest spot in a row would make for another year of the green brand looking decidedly third rate.

Big Mike Elgin was this year’s breakthrough foreign star in NJPW, which is all the more surprising considering the derision directed at the company for bringing him over for the G1. The tour, a lifelong dream of Elgin’s, motivated him to quickly establish him as a star and potential draw eclipsed only by AJ Styles. His hot match with Tomohiro Ishii this summer: http://njpwworld.com/p/s_series_00333_18_06 seemed to have suggested a natural direction for the Dome, before the ROH title came into play.

Ring of Honor is touring Japan in February, hence their presence here. The title has to look strong, and logic would dictate putting it on Elgin would draw more Japanese eyes to the product. Elgin’s credibility was reinforced by teaming with Tanahashi last month: http://njpwworld.com/p/s_series_00357_1_08 but while he’s over with the hardcore portion of the audience, it’s going to be a tough ask for him to lead a match in front of a more casual crowd with a performer in Lethal who has zero name value here. This’ll be a fine match for sure, but a hard position for Elgin, Lethal, and the ROH Title.

This is a head scratcher. Kenny Omega has publicly stated he expected to go heavyweight after only a brief spell in the junior division, while Kushida was the rightful champ. Kushi won the Best of the Super Junior tournament: http://njpwworld.com/p/s_series_00317_13_9 and then went on to win the title in the culmination of a ‘boyhood dream come true’ style angle from Omega. http://njpwworld.com/p/s_series_00330_1_04 . That done, and with the junior scene flourishing internationally but sparse in Japan, it would make sense to cycle out an assortment of foreign heels for Kushida to retain the title over in hard fought matches, perhaps culminating in one of precious few junior dream matches that are still protected with team mate Alex Shelley. Meanwhile Omega seemed to be gearing onward and upward via the NEVER title to heavyweight.

Alas, the belt was back on Omega by the autumn (by Bullet Club hook and crook) which leads to this. In isolation it’s a fine and easily presented story- Kushi wins one match clean, Omega cheats to get the second, here’s the rubber match. It’ll also give Kushida a feel good moment in front of the big crowd when he theoretically wins the belt back. Junior matches rarely get over in Domes though, and the parity booking that’s gone on might mean that big pop never comes.

The tag team scene in NJPW has been absolutely dire in 2015, which meant a chance to put the belts on an over pairing like Makabe and perennial underdog Honma (who had a phenomenal series with Tomohiro Ishii this year culminating in finally winning a big Korakuen main event: http://njpwworld.com/p/s_series_00333_16_09) seemed to be a fine step to take. Then in early December, Honma was caught up in allegations of prolonged physical abuse against his live in girlfriend, and while the subject didn’t stay in mainstream news outlets for long, and is still sorting itself out, likely never to advance from the ‘he said/she said’ stage, it puts a bad taste in the mouth when it comes to Happy Honma. GBH will probably win, the match will likely be good if you can turn off the artist vs art issues in your brain, but it’s all a bit gross.

Goto, meanwhile, is another sound worker who never has had the seal of approval, or found the defining X Factor that would put him in the upper mix. Goto had a great few matches with Nakamura this year http://njpwworld.com/p/s_series_00349_1_09 , but could easily blend into the pack otherwise.

Extra elements are here in the form of Naito’s pareja, the ‘King of Darkness’ Evil (originally Takaaki Watanabe) and Bushi, who returned in most spewing form after a long stint away due to injury. Naito is going places and Goto isn’t- a Naito win due to outside shenanigans is where smart money goes.

Fans of violence and enemies of brain cells rejoice! This is set to be quick and brutal. Shibata and Ishii thrilled in consecutive G1s in 2013: http://njpwworld.com/p/s_series_00211_2_5 and 2014, and while Ishii has been the perennial concrete headed tough guy between then and now, Shibata has become the more psychologically sound pro that now seems ready to move up to the main event position intended for him since his 2000 debut http://njpwworld.com/p/s_series_00333_13_09 .

Prediction: Ishii’s done all he can with the belt, while a Shibata win will help propel him up the card as a single.

On the other hand, Nakamura has been waiting for something to really get stuck into after the performance of a lifetime this time last year: http://njpwworld.com/p/s_series_00248_1_13

This is a clash of arguably the most talented wrestler on the planet and the most popular- if it happens. AJ is working out with wrestling Jesus Diamond Dallas Page, if anyone can get that back fixed well enough for perhaps the best half hour wrestling fans will see this year, it’s him.

No it isn’t fresh. This will be the 164th time Okada and Tanahashi will share a wrestling ring. Their first meeting in a singles match was in 2010, before Okada’s excursion to TNA. It’ll be their ninth singles match (for those keeping score, the record is 4-3-1 Tanahashi). Yet this is a natural fit for the main event of the Dome.

It set up Okada’s road to redemption that included, but oddly didn’t culminate in, winning the title: http://njpwworld.com/p/s_series_00330_1_09

The story here is that Okada is the challenger in a real sense despite having the belt. This is where Tanahashi, the ace of the promotion for close to a decade, who consistently proved why he has that promotion (just watch most of the matches above, or the phenomenal G1 final: http://njpwworld.com/p/s_series_00333_19_09) passes the torch, where ‘Tanawinslol’ becomes ‘Okadawinslol’, and where the future is placed firmly on the shoulders of the 29 year old champion, like Inoki placing the seal of approval on Tatsumi Fujinami nearly three decades ago http://njpwworld.com/p/s_series_00084_3_1.

Yes, unless the promotion is absolutely insane, Okada wins. lol. It’s about the journey. 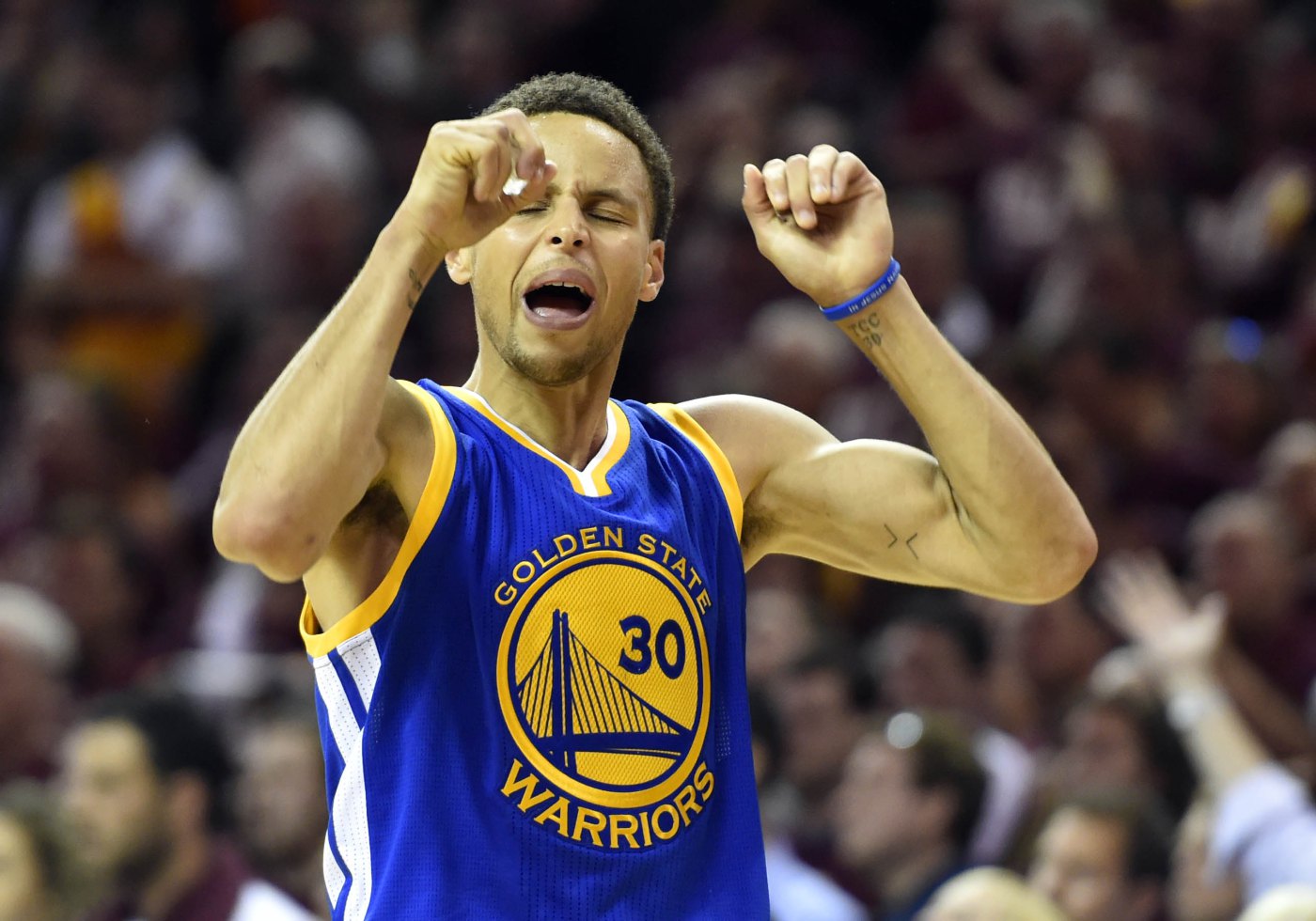 Steph is sad because there are not enough NBA podcasts and writers. Why are you trying to upset Steph?